PacificSport Centres service communities across British Columbia. Refer to the list below and the map to see which of our centres service your region. 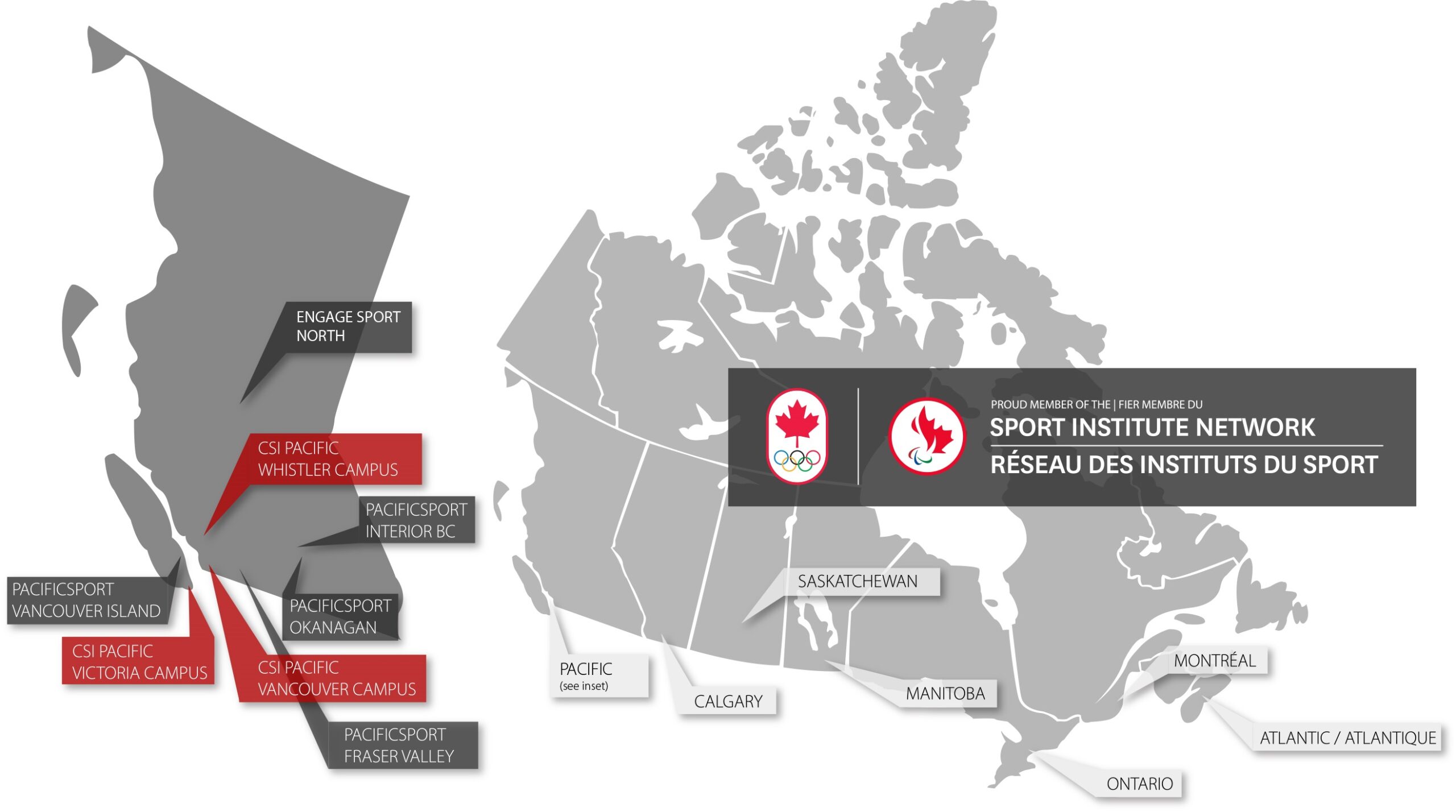 The Canadian Sport Institute network was initially established when Calgary was chosen to pilot the multi-sport center concept in 1994 due to many of the sport facilities being in place after the 1988 Olympic Winter Games. Similarly, the 1994 Commonwealth Games in Victoria and the 1999 Pan American Games in Winnipeg left a rich endowment of summer sport facilities across the country, allowing the network to become a reality.